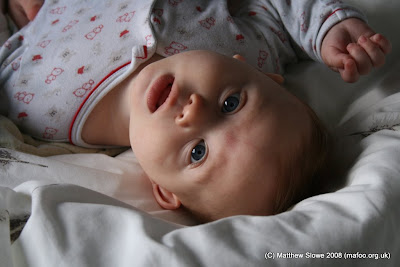 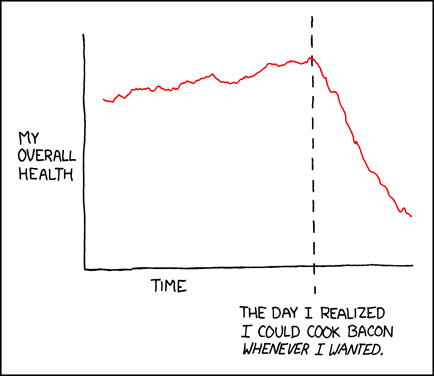 I may be in a minority, but although my screen may be 1024×768, that
is not the resolution at which my applications run. I often (nee all
the time) have many applications open at once and the most efficient
way to know what’s going on in all of them is to have them layered and
*not* filling the whole screen.

The old 600 wide layout was perfect for this and was a design concept
I would reccomend to others too. The new design, however, doesn’t
actually provide any more space for actual content but, instead, makes
the navigation bars around the edge much “bigger” (that is wider and
fatter). This means I need to scroll off the side to see some of the
sidebar content (which annoys me greatly on any page — sideways
scrolling should never be required).

Furthermore, what were considered headings further down the page under
“AROUND THE UK NOW”, the section headings used to be bold and are no
longer. This makes it much harder to skim down for what you’re looking
for.

I am aware that people far cleverer than I have had a hand in creating
this new design, however it is, in my opinion, a step too far into the
“Web 2.0” idiom. The site was, previously, clean, concise and easy to
navigate for all. That is no longer the case, I fear.

My current webhost (Dreamhost) seem to be trying out (maybe even moving to) Thumpers from their traditional NetApps.

Thumpers are (up to) 48 Terabytes of storage in 4u… that’s pretty amazing really.

This has had the slightly annoying side-effect that the .snapshot directory has disappeared meaning user-driven restores aren’t possible on some of their servers (the functionality is there on Thumper, but called .zfs and appears to be hidden further up the tree, or maybe disabled at the moment).

I would have emailed this to them, but no email addresses are available on the corporation’s website and, when resorting to guess work, customer.services, customer.service don’t work. I then tried postemaster@morrisons.co.uk which also bounced. This is, in itself, against the requirements of having a mail system on the internet. Anyway, this is what I was trying to say:

Having recently moved into an area where the nearest supermarket is a
Morrisons, I have been using the store more frequently than before and
have noticed the following “niggles” with the way the store is
managed.

The store feels “cluttered”. At the ends of most of the aisles, there
are extra shelves which constrict the ends of each aisle by about 40%
making the apertures less than one trolley width. Also, in the same
area, the main central thoroughfare is considerably thinner than it
could be because of a vast array of extra product locations (products
that are, often, otherwise available in other parts of the store)
again, constricting the available space by 20-40%.

Secondly, the small (3′ square) metal containers strewn throughout the
store, as if by random, containing products often not in the slightest
related to the aisle in which they are found just get in the way.

Many thanks for your time in reading this. Please let me know if you
have any comments on the above.

This is the bounce:

MailMarshal has stopped the following message:

because the email address – postmaster@morrisonsplc.co.uk – does not exist.

What were they doing out and in a position to do something like that without parental guidance/observation?

The age of criminal responsibility should be at such an age as to when children are out and about apparently with enough nouse to know right from wrong. This may be different from child to child, but it should be up to the parents to decide if their child is ready to face the big wide world and is responsible enough a young-adult to do so. If they are not up to this yet, then maybe they shouldn’t be allowed to get in to such a situation.

I note how the BBC article makes absolutely no reference to the parents and the children’s upbringing — did they miss out on some vital moral lessons? Were they just being kids and playing around without realising that throwing stones at other people is wrong? If so, why did they think this?

It makes me quite sad, actually 🙁

If we do raise the age of criminal responsibility, on whom would fall the responsibility for the father who was killed by these boys? No one? The parents? I don’t know.

So, today was the day I had scheduled to upgrade our ageing WebCT 6 system to the latest version.

Four hours into the upgrade of the first of three updates I needed to apply, the following error is produced:

So I try and call it in, rather than log it on the web as a P1 as they recommend calling instead only to sit on hold for 5 minutes and then get dumped off to voicemail… ok, I’ll log it on the web. That was at 14:00. It’s now 15:30 and I’ve talked to an engineer who will phone me back soon with some advice. There are two more updates after this to apply…

Just a notice to say I’ve had a ePetition accepted on the Number 10 Website regarding the application of Digital Rights Management — the ability for software and hardware to decide if users are “allowed” to do something: We the undersigned petition the Prime Minister to make DRM and associated technologies illegal in IT hardware and software.

Below is the petition text, I encourage you to read and, if you so wish, sign your name here.

Digital Rights Managment (DRM) is a technology by which content distributors can dictate what consumers can do with their content to the extent that, for example, the PC that you own at home hides things from you, refuses to do something because it thinks you’re trying to “tamper” with it, and potentially notifies the content distributor of this action.

Currently, Microsoft Windows Vista is pushing this technology on users with various hardware manufacturers complicit in it including Intel, ATI, NVidia, S3 and Matrox.

This petition asks parliament to make it illegal for software to actively disallow and subvert the operators intention even if it “thinks” that it “might” be illegal — hardware is owned by the consumer and should remain such in the same way as cars do not disallow a driver to break the 70mph speed limit on UK roads.

So, I read on Wired that, for Free citizens of the United States of America, tomorrow marks the day that virtually all private communication mechanisms available to Joe Public are about to be forced to be not-so-private by the FCC.

From the little I’ve read, the powers vested in the FBI allow the law enforcement personnel in the Democratic Republic of the Free Peoples of the United States of America [1] to, with the oversight of the independent judiciary, can activate on your broadband provider, mobile carrier, university network account a wire tap allowing them to log all communication you make or receive including email, phone conversations (VoIP included), what websites you visit. This officially scares me.

I sincerely hope that, should this get implemented in the United Kingdom, then it gets tested in court against the Human Rights Act and stricken from the statute book like it would deserve. There is no way that this sort of activity is the way a democratic country should treat its citizens who are, after all, innocent until proven guilty [2].

As for readers in the DRotFPoUSA, I suggest you find out how to use PGP for all your email find out what ssh and something like TOR can do for you if only to show them that those who need to get around such privacy infractions are quite capable of doing so with little/no effort.